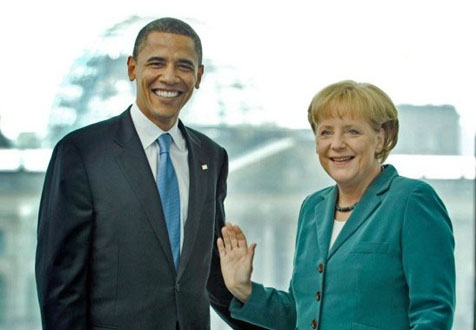 Barack Obama with the German Chancellor Angela Merkel in the Chancellor's Office in Berlin The photograph was taken in July, 2008 when the newly elected president visited Germany. In the future, Obama and Merkel want a close transatlantic cooperation. For our article, see German Chancellor Merkel: Good Luck, Mr. President ...

ART METROPOLIS 2008--Art and Our Heritage, by Joe F. Bodenstein 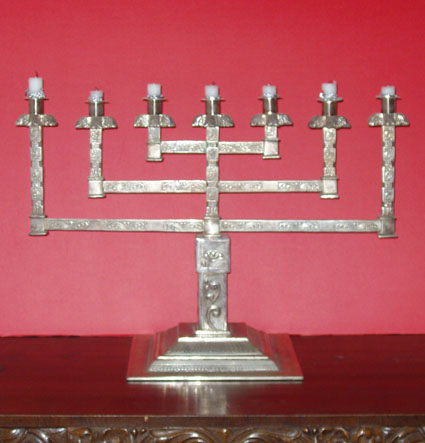 Candles on the 7-armed Candleholder Menorah radiated their mild light on the Nörvenich Castle. The silver-plated candleholder is from the collection of sacral objects of the Museum Europäische Kunst. The Menorah is one of the most significant religious symbols of Judaism. At the founding of the State of Israel, it was placed into its official coat-of-arms. The Menorah also symbolizes enlightenment. The number seven signifies, among other things, the wisdom of God. For our article, see Erinnerung an Jüdisches Leben in Nörvenich ...

We have hope, but real change in America represents an immense task, by John Chuckman 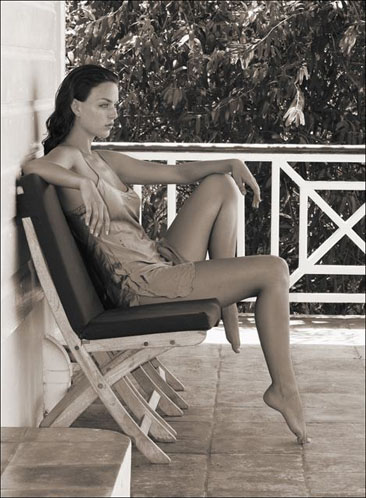 May Lindstrom gives an interview about her work as model to John LeKay. For the interview, visit MAY LINDSTROM

One of the most beautiful sculptures of a woman in the art of the 20th century: EOS by Arno Breker. The plaster cast of the original bronze will be auctioned in December in Paris. The model was a beautiful woman, who lived in 1940s in Europe. For our article, see Figures by Arno Breker on auction in Paris ... 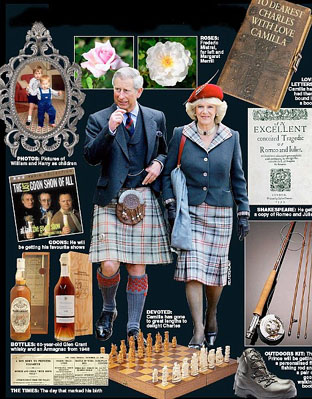 Charles, the Prince of Wales, celebrates his 60th birthday on November 14, 2008. The Crwon Prince has been over the year involved in many project for the benefit of others. Ecological problems, especially the rain forests in the Amazon area, have been one of his great interests. He is one of the recipients of the 'ECOLOGICAL EAGLE AWARD', created in the 1980s by the European sculptor Kurt Arentz. 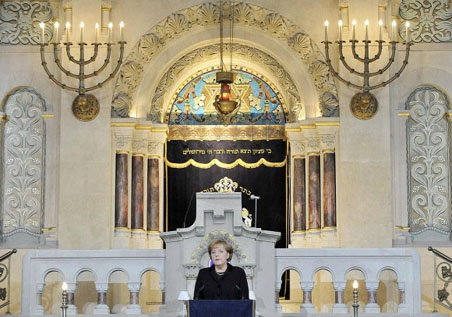 German Chancellor Angela Merkel during a memorial service in the historical Synagog on the Rykestrasse in Berlin. The synagogue was built in 1904, and due to its seating capacity it is considered the largest Jewish temple in Germany. The building, which was located in the former East Berlin, was extensively remodelled after the unification of Germany. For our article, see In Germany: Gedenken an die Pogromnacht von 1938 ... 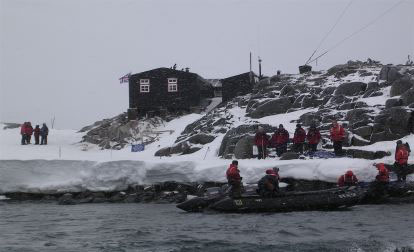 Port Lockroy landing area and the side view of Bransfield House.  For our article, see JOURNEY TO ANTARCTICA: Port Lockroy, Paradise Bay and "setting foot" ... 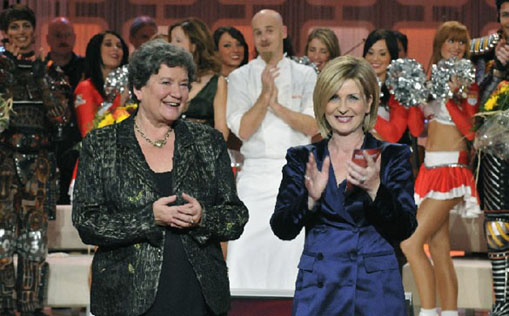 Very pleased was recently the president of the German Cancer Aid society, Prof. Dr. Dagmar Schipanski, at this gala performance on the TV station ZDF. This successful cancer society was founded by the former German first lady, Mildred Scheel. The charming TV host Carmen Nebel had made clear in her first broadcast of the program „Hand in Hand" that anyone can become sick with cancer. For this reason, donations to the German Cancer Aid society are well spent, in order to fight this horrible disease. The photo shows Prof. Schipanski and Carmen Nebel, surrounded by yourn artists of the musical „Starlight Express". The gentleman in white in the center is the well-known TV chef Ralf Zacherl. He mainly supports the fight against cancer in children. For our article, see ZDF-Gala Hand in Hand ...