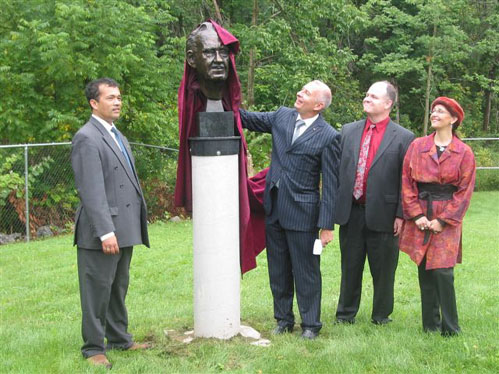 Unveiling of the portrait-bust WILSON GREATBATCH in the Alexander Garden of the Museum of European Art in Clarence, New York on September 7, 2008.

WELCOME, by B. John Zavrel

Art and Our Heritage, by Joe F. Bodenstein

Unveiling of the sculpture AMERICAN EAGLE

Unveiling of the portrait-bust SWAMI RAMA OF THE HIMALAYAS 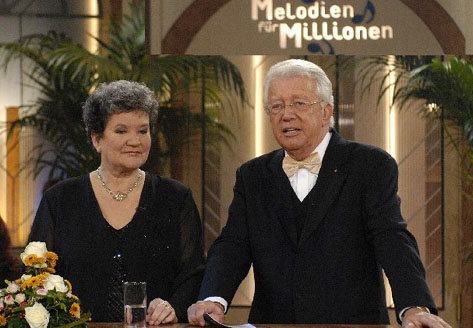 It was a very successful TV broadcast in Germany, „Melodies for Millions" with the TV show host Dieter Thomas Heck. The president of the German Cancer Society, Prof. Dagmar Schipanski was among the most popular guests of honor on this show. The German audience is now hoping for another such broadcast.

*** The Party's Over, by Patrick J. Buchanan 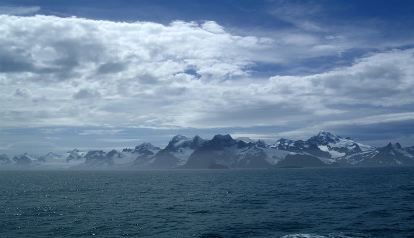 For several hours, we sailed along the southern coast of South Georgia, seeing frequent icebergs, and then, suddenly, a wreath of fog appeared at the base of the South Georgia mountain range that reared up from the coast, so the island looked as if it was hovering on the ocean--perhaps, as the sharp outlines grew more and more misty, something from another planet ...

A Journey to Antarctica, Part 8. For our article, see Sailing from South Georgia to the Antarctic Peninsula

*** JOURNEY TO ANTARCTICA: Sailing from South Georgia to the Antarctic Peninsula, by Kate Woodward (Part 8)