Kaiser's daughter as Grandmaster of the Alexander Order 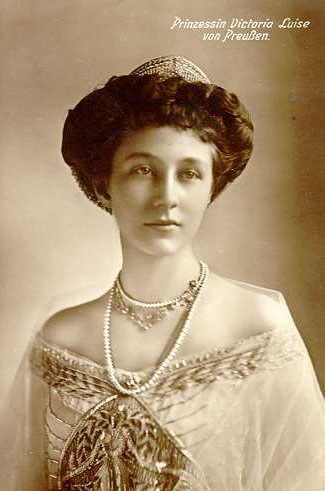 Grandmaster of the Alexander Order for Art and Science

Berlin (bpb) Princess Victoria Luise of Prussia was the Grandmaster of the Alexander Order for Art and Science after 1945. The Kaiser's daughter handed over the honorary office in 1968 to Erica Pappritz, the Chief of Protocol of the first post-war German Chancellor Konrad Adenauer. Victoria Luise was the last lady of the high nobility who was engaged on the behalf of the Order's ideals of understanding among the peoples as well as promoting culture, art and science.

The French writer Roger Peyrefitte had renewed the Alexander Order in 1990 as the Grandmaster. Since his death, the scientist Dr. Wilson Greatbatch, the inventor of the pacemaker, serves as the Grandmaster. The day-to-day business is carried out by Consul B. John Zavrel as the Chancellor.

In an interview she gave as the Grandmaster, she explained in 1967 that the Order is a spiritual society, without commercial goals. In principle, access is open to all men educated in and living according to the humanistic ideals. The question how is the Order financed and how is its power structure organized, the Princess explained:

„The Order as an institution has no property. All the initiatives for the promotion of social and cultural projects are financed privately by the members of the Order. We give without asking what we will receive in return.

Question: What is the origin of the Order?

Answer: The person and the deeds of Alexander the Great have inspired and fascinated men for centuries. Kaisers, kings, princes, learned men, scientists, and Popes have all paid homage, in different ways, to the Alexander cult; they have taken his name, and given the name Alexander to settlements, towns and regions. The original small, courtly circles with noble, intellectual and nostalgic conversations have eventually became a society, which acts in a useful and realistic manner.

Question: Does not the Alexander Order adhere to the myth of a secret Lodge?

Answer: That would be wrong! The Order is no Lodge, and it has nothing to hide. Naturally, our society is not a common club for everybody. The membership presupposes certain intellectual standards, readiness to social conduct and also accomplishments in one's special field of activity.

Question: So it is a society for an elite?

Answer: Yes, it is an elite of leaders of accomplishments, in a good sense. Other people would not even be interested in such an idealistic thing. An elite also signifies a historical consciousness and the will to preserve and continue to do good.

The ideas of Alexander the Great belong to all the nations, and not only to his native Greece. Naturally, the Royal House of the Hellenes has shown a special affection for Alexander.

Question: How does the future look?

Answer: The more the aristocratic society loses its significance and influence, the stronger will be the demand for the engagement of common citizens. And I am certain that today and into a distant future, there will always be men who act according to our ideal: it is better to plant the last corn into the earth, than to eat it. 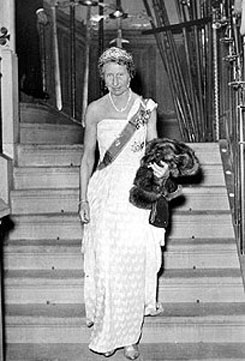 Kaiser's daughter with many children and grandchildren

Victoria Luise was born on September 13, 1892 in the Marble Palace of Potsdam (near Berlin) as the youngest child of Kaiser Wilhelm II. The British Queen Victoria and the Prussian Queen Luise gave their names to the only daughter of the Kaiser. Luise grew up together with six brothers. After her 16th birthday, the Kaiser named his daughter to be the leader of the 2nd Husars' Guard Regiment.

On May 24, 1913 Victoria Luise married the Prince Ernst August von Hannover in the Berlin Castle. Among the guests was the English King George V. and the Russian Czar Nicholas II. After the First World War and the end of the monarchy, the couple lived in Austria till 1933. There were five children from their happy marriage. Their only daughter Friederike married in 1938 the future Greek King Paul I. Victoria Luise is thus the grandmother of the Spanish Queen Sofia and of the former Greek King Konstantin II, who today lives in exile in London. The Spanish heir to the throne, Felipe, Prince of Asturias, is her great-grandson.

The Kaiser's daughter died on December 11, 1980 at the age of 88 in Braunschweig. She is buried in the mausoleum of the Kings of Hannover in Hannover-Herrenhausen, by the side of her husband, who died in 1953. The Alexander Order keeps its promoter in revered remembrance.