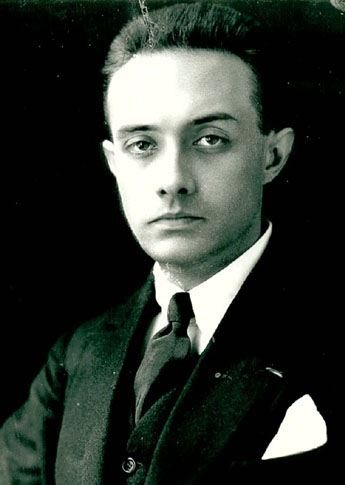 Henry de Montherlant in his young years. The writer was admired not only for his talent, but also for his beauty, intelligence and extravaganze.

Nörvenich (bpb) Henry Millon de Montherlant stood in 2003 in the center of a Homage at the Bodenstein Castle in Nörvenich near Köln. The French writer (21.4.1896 bis 21. 9. 1972) belongs to those European authors whose books have been translated into German. In the Homage to the poet were shown photographs and above all the illustrations by Pierre Yves Tremois for the theater play "The Cardinal of Spain", which Montherlant completed in 1960.

Montherlant was a student at the Catholic Collège Sainte-Croix in his birthplace Neuilly-sur-Seine. Because of his interest in Spain, he trained for bullfights. He took part of World War I as a volunteer. At the age of 29, he moved to Spain, and lived there and in north Africa till 1933. In World War II worked for quite a while as a correspondent. Montherlant's novels and dramas are written in a polished style and often colored by his autobiographical experiences. His writings show influences of M. Barrès, Nietzsche and D'Annunzio. The works are saturated with Montherlant's elitist consciousness, his contempt for every mediocrity as well as emphasis on the male values of sport and bullfight.

In the times of National Socialism, France was partially occupied by the Germans. After 1945 he was criticized in France that he was not actively involved in actual opposition against Hitler Germany. Montherlant belonged since 1928 to the admirers of the works of Arno Breker. He met the four years younger German sculptor in the circle of friends around Jean Cocteau. In 1969 Montherlant said to his friends: "I feel very honored, that Arno Breker will do my portrait." The bust of the writer was completed in 1972, the year when Montherlant died. A bronze caste from the year 1974 belongs to the collection of the Arno Breker Museum, Collection of European Art at the Nörvenich Castle. 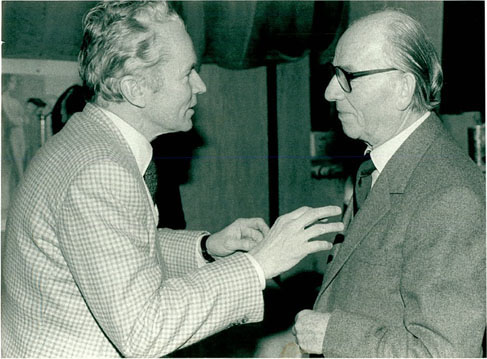 Yves Pierre Tremois (left) visits his friend sculptor Arno Breker in 1980 in his atelier. In Paris, both of them belonged to the circle of acquaintances and friends of Montherlant.