Shocking revelations about Rumsfeld on 9/11/2001 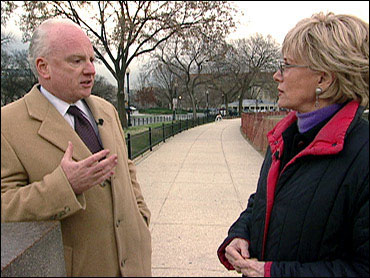 Former White House terrorism advisor Richard Clarke tells Lesley Stahl that on September 11, 2001 and the day after--when it was clear Al Qaeda had carried out the terrorist attacks--the Bush administration was considering bombing Iraq in retaliation. Clarke's exclusive interview will be broadcast on 60 MINUTES on Sunday, March 21, 2004 on the CBS Television Network.

The top counter-terrorism advisor, Clarke was briefing the highest government officials, including President Bush and Secretary of Defense Donald Rumsfeld, in the aftermath of 9/11. "Rumsfeld was saying we needed to bomb Iraq....We all said, 'but no, no. Al Qaeda is in Afghanistan," recounts Clarke, "and Rumsfeld said, 'There aren't any good targets in Afghanistan and there are lots of good targets in Iraq.' I said, 'Well, there are lots of good targets in lots of places, but Iraq had nothing to do with [the 9/11 attacks],'" he tells Stahl.

Clarke, who advised four presidents, reveals more about the current administration's reaction to terrorism in his new book, "Against All Enemies."