The painter Gustav Zindel in the service of friendship 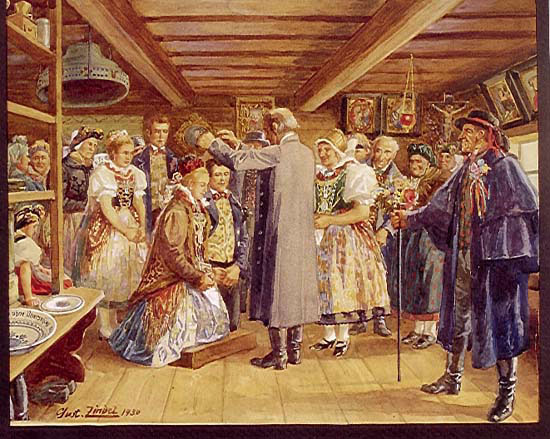 Karlsbad / New York (mea) The way, how one can use art as a means of friendship and reconciliation, shows the collection of paintings of the painter Gustav Zindel (1883-1959). The Karlsbad Museum has a notable collection of his works. It is today especially valuable, because it has been saved over the World War II. It survived the expulsion of Germans from the Sudetenland in 1945.

So much more one has to be thankful to all those Czech citizens who have guarded and preserved, as the common cultural treasure of the Germans and the Czech, the paintings of Zindel in their museum. To the important art historians here belongs Dr. Stanislav Burachovic from the Karlovarske Museum in the world-renowned spa of Karlsbad (Karlovy Vary) in today's Czech Republic.

Gustav Zindel was an important Sudeten German painter. He was a leading illutrator of folk life in the area of Karlsbad. His numerous paintings from this region are primarily thanks to the Karlsbad teacher Josef Hofmann (1858-1943). He gave away the illustrations for his ethnographic studies to the painter Anton Drumm (1885-1946) and Gustav Zindel. Zindel was born on August 13, 1883 in Rodenau near Komotau. He died on November 21, 1959 in Weipert. His grave is located in Böhmisch-Wiesenthal. After the expulsion from the ancestral homeland, a meager life as a forced laborer for the Czechs, the artist finally died, from the injustices he suffered, as a citizen of Czechoslovakia, yet without hate in his heart.

Gustav Zindel is not forgotten. Josef Hofmann donated already in 1930's numerous paintings to the Karlsbad Museum. They are today important documents of art history and local history. In the paintings and in his drawings, are above all shown are contemporary people and scenes of the country life. Villagers in colorful folk costumes, the depiction of folk customs as well as illustrations of the architecture of the time make the art works at the same time documents of contemporary history about life, love, death and joy.

When today in the 21st century, tradition-conscious Germans and Czechs both equally enjoy these paintings, it has an important reason: customs, music, song and costumes had, in the good old times of the living together of the Germans and Czechs, many things in common. Old, long-established families of both natinalities kept up in many ways the same customs and traditions. Only the languages were different, but people still could make themselves understood quite well. This close, peaceful co-existence was a valuable link, which was tragically severed by war and world politics.

Waggon in a procession through the village.

An exemplary contribution to the reconciliation between Czechs and the expelled Germans now living in Germany, is the German-Czech exhibition "Gustav Zindel &endash Paintings of Folk Life". The Egerland Museum in Marktredwitz in Germany has put together the representative exhibiton. Dr. Stanislav Burachovic and Jiri Martinek from the Karlsbad Museum have supported the exhibition as art historians. In addition to the works on long-term loan at the Museum, also private collectors and family members made available works of the artist. Foremost among them, Elfriede Zindel-Haberzettl, the eldest daughter of the painter, made important contributions to the exhibition. The concept and execution were done by the local historian Elisabeth Fendl and the art historian Lohwasser from the Egerland Museum. Furthermore, the exhibition was expressly supported by the Union of the Egerländer, an organization of the expelled Sudeten Germans. Thus the exhibition became an showpiece of German-Czech cooperation for a peaceful Europe.

And this is also part of the mission of the "Gustav Zindel Archive", led by Elfriede Zindel-Haberzettl, Joe F. Bodenstein and Marco Bodenstein (Europäischen Kulturstiftung Berlin). Bodenstein has a close connection to the family of the artist. On February 24, 1947 Gustav Zindel made a drawing of the then eleven-year old boy in Pomeisl (County Podersam), and named it „Seffl Bodenstein". It is now in the collection of the Zindel Archives. 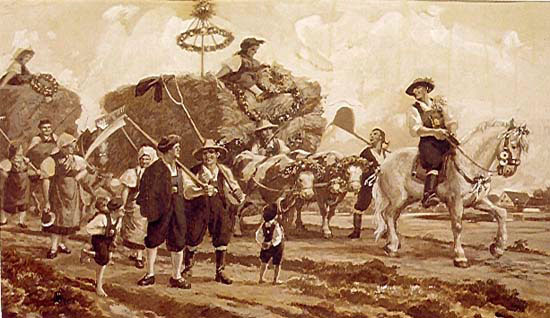 Benes Decrees: A Threat to Peace in Europe, by Bernd Castell