Homage to the inventor Wilson Greatbatch 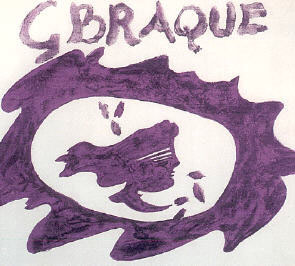 Clarence/New York (bpb) Homage to an inventor. Homage to Wilson Greatbatch. This is the title of an exhibition in the US-Museum of European Art in 2002. The main reason is to honor Dr. Greatbatch, the inventor of the implantable pacemaker. This is one of the most important inventions of the mankind.

Not only the prominent and superrich people can afford a pacemaker, but also the so-called normal man. "This was the intention of Dr. Greatbatch from the very beginning", said Consul B. John Zavrel. Just recently, in August 2002, Prince Claus of the Netherlands received a pacemaker. The German born husband of the Dutch Queen Beatrix said after the operation: "It is a wonderful feeling again." The former German Chancellor Helmut Schmidt (Hamburg) is also happy with the pacemaker he received many years ago.

Consul Zavrel is the director of the museum. He has initiated the exhibition. At the same time he established a unique art-collection, dedicated to the inventor and his wife Eleanor, who also enjoys fine art. Both live in western New York. To the "Eleanor & Wilson Greatbatch Collection" of the Museum belong mainly art works by living artists.

They are invited now and in future to contribute to this collection one or more of their works. The collection includes also works of famous artist of the 20th century such as Aristide Maillol, George Braque, Charles Despiau, Jean Carzou, Salvador Dali, Arno Breker, Ernst Fuchs and others. These works of art have been donated by private collectors and art institutions, who support the "Homage to an Inventor". 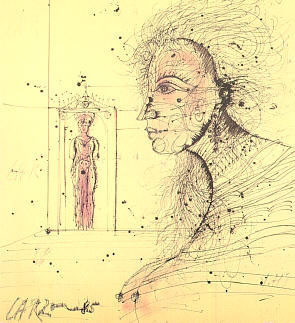 "The beautiful Helen" by Jean Carzou, 1958, Paris. Lithograph (detail) from the "Eleanor & Wilson Greatbatch Collection" of the US-Museum of European Art.

Among the living artists who have contributed to the collection are Kurt Arentz, Renate Stendar-Feuerbaum, Peter Hohberger, Jan Künster, Detlef Krebs, Helga Tiemann, Mary McAndrew, Slavka Kolesar, and ViviAnn Rose. The "Eleanor & Wilson Greatbatch Collection" will one day be shown also in other museums and institutions", Zavrel said. Works of art will continue to be accepted into this collection in the future, giving the living artists the opportunity to join not only at this time, but also in the future.