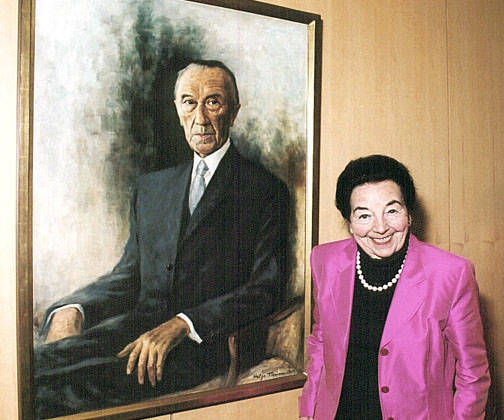 Köln / New York (meap) The prominent German painter, Helga Tiemann from Köln, has been selected as the "Artist of the Month". Well known and much respected for her large portraits of statesmen, intellectuals and prominent personalities, Tiemann has enjoyed international recognition for several decades. She took part in a number of foreign exhibitions, among them in Moscow and USA.

Several of her works are in the collection of the US Museum of European Art. Called "The First Lady of Painting" by her admirers, Helga Tiemann is also a Lady-Knight of the international Order of Alexander the Great for Art and Science. 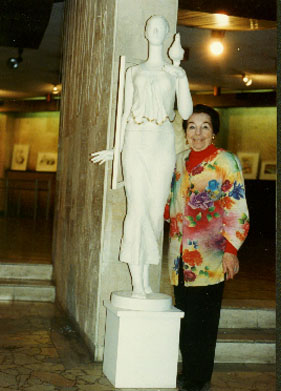 The painter Helga Tiemann at an international art exhibition in the Kremlin in 1994. 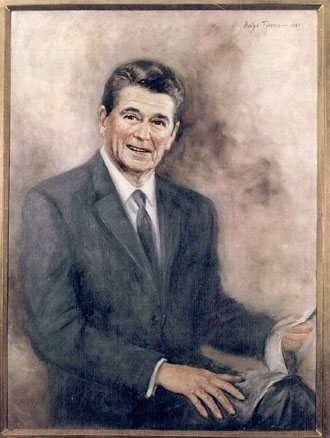 The President RONALD REAGAN by Helgan Tiemann. The portrait of the most popular US President shows Reagan in the full vitality of his early days in the White House.