NEW SOCIAL DIRECTOR AT THE MUSEUM 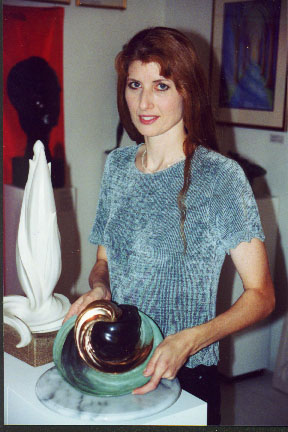 by the Swiss-German sculptor Renate Stendar.

We are pleased to announce the appointment of a 'Social Director', the Clarence painter Mary McAndrew.

She will be active in organizing monthly SOCIAL NIGHT at the Museum, aimed to inform the community about what is new at the museum.

Come join us for some good wine, cheese, music and meet some interesting people who enjoy fine art and culture.

JOIN OUR E-LETTER TO KEEP INFORMED!!!

and reception with Mary McAndrew

Come join us on the last Thursday every month for some good wine, cheese, music and meet some interesting people who enjoy fine art and culture.

Exhibition "HALLS OF THE HERMITAGE"

On the birthday anniversary (356 B.C.) of Alexander the Great.

Twelve graphic works made after her original paintings in the permanent collection of the Nörvenich Castle.

the birthday anniversary of HERMANN OBERTH,

the "father of space flight."

Sculptures and graphics by the contemporary German sculptor and portraitist.

A film presenting the major bronze sculptures and paintings by Renate Stendar,

Lecture: "BIRTH OF THE WORLD"

A lecture on video, recorded at the Museum by the Israeli painter Uri Ely in August, 1996.