Swami Rama of the Himalayas Takes His Leave 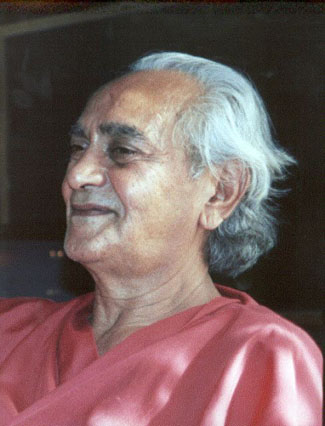 H.H. Swami Rama of the Himalayas

A sad news arrived from the holy city of Rishikesh, located on the Ganges River in the foothills of the Himalayas: Swami Rama, one of the most remarkable men of our time, left his body on November 13, 1996.

"Do your duties skilfully, selflessly, and grease them with love", was a a favorite saying of this great yogi, scientist, philosopher, mystic poet and humanitarian. But this was not only a saying: his whole life reflected this philosophy in his work to help others.

For his lifelong engagement to combine the ancient teachings of the East with the modern approaches of the West and for his contributions to improve the lives of millions of people in India, America and Europe, Swami Rama was recently appointed an Honorary Member of the Order of Alexander the Great for Art and Science. This spiritual Order, which goes back to the Greek Royal House, belong among others President Ronald Reagan, French writer Roger Peyrefitte, Sir Peter Ustinov, Ruth Zucker of Israel, Wilson Greatbatch, the inventor of the pacemaker, Europe's most distinguised writer Ernst Jünger, Presidents George Bush and Gerald Ford, and others.

Earlier this year, a larger-than-life bronze portrait bust of Swami Rama was completed by the prominent European sculptor Kurt Arentz, commissioned by the United States Museum of European Art.

Swami Rama was born in a Himalayan valley of Uttar Pradesh, India in 1925 and was initiated and anointed in early childhood by a great sage of the Himalayas. He studied with many adepts, and then traveled to Tibet to study with his grandmaster. From 1949 to 1952 he held the prestige and dignity of Shankaracharya (spiritual leader) in Karvirpitham in the South of India. He then returned to the Himalayas to intensify his meditative practices in the cave monasteries and to establish an ashram in Rishikesh.

Later he continued his investigation of Western psychology and philosophy at several European universities, and he taught in Japan before coming to the United States in 1969. The following year he served as a consultant to the Voluntary Controls Project of the Research Department of the Menninger Foundation. There he demonstrated, under laboratory conditions, precise control over his autonomic nervous system and brain. The findings of that research increased the scientific community's understanding of the human ability to control autonomic functioning and to attain previously unrecognized levels of consciousness.

Shortly thereafter, Swami Rama founded the Himalayan International Institute of Yoga Science and Philosophy in the United States, with its headquarters in Honesdale, Pennsylvania (Box 400, Honesdale, PA 18431, telephone 800-822-4547) as a means to combine the ancient wisdom of the East with the modern approaches of the Western civilization. He has played a major role in bringing the insights of yoga psychology and philosophy to the attention of the physicians and psychologists of the West. He has taught students around the world while continuing his own writing and meditative practices. He has written many books, such as Art of Joyful Living, Book of Wisdom, A Call to Humanity, Enlightenment Without God, Living with the Himalayan Masters, Path of Fire and Light, Perennial Psychology of the Bhagavad Gita, Science of Breath, The Wisdom of Ancient Sages. Among his latest literary works was a masterful, two-volume work The Valmiki Ramayana Retold in Verse.

Swami Rama's bold vision to bring medical services to 15 million mostly poor people who have little or no healtcare in northern India began modestly in 1989 with an outpatient program in the Himalayan foothils of Western Uttar Pradesh.

Today that vision has grown to include a fully operational 500-bed state-of-the-art hospital 20 kilometers from the city of Dehra Dun and from the ancient city of Rishikesh; an adjacent nursing schoold and the P.V. Narasimha Rao Medical College; a combined therapy program that joins the best of modern Western medicine and the time-tested wisdom of the traditional methods of healthcare; a rural development program that has adopted more than 150 villages; and housing facilities for staff, students, and patients' relatives.

The hospital offers a range of services never available to people in northern India, or throughout most of the country. Among the services are general internal medicine, emergency and intensive care facilities, oncology, obstetrics and gynecology, pediatrics, dermatology, and rehabilitation medicine. It has modern operating rooms, laser therapy, mammography, a whole-body CAT scan, ultrasonography, and much more.

It is a remarkable undertaking, and unfinished. Guided by the Himalayan Institute Hospital Trust, the hospital, medical city, and rural development program are considered models of healthcare for the whole of India and for medically under-served people world-wide. It is also costly, with total project expense approaching $1 billion dollars.

"The Lord of Life in the Universe is within me. I am not the body, but a shrine of that Lord, the Lord of Love and Life. Through my thoughts, speech and actions, I will emanate love". So spoke to us our beloved teacher, master and friend: Sri Swami Rama of the Himalayas.