"This was the kind of sex with Elvis" reports the largest European Newspaper Bild-Zeitung on June 10, 2005. The photo collage shows the singer and the US beauty Peggy Lipton. In her biography, she remembers: Elvis was a bedroom disappointment.

Hamburg/New York/ Los Angeles (bpb) The US beauty Peggy Lipton removes the taboo not to talk about the sexual orientation of Elvis Presley. Peggy's career began in 1960s. At the age of eighteen , Peggy was a successful model in New York. Moving to Los Angeles in the mid 1960s, she made early TV appearances as a young teen in "The Virginian" and in 1964 in the episode # 20 of the new "Bewitched. Since then, she became a respected actress and author. Her books and diaries contain reports on her relations to prominent musicians in her young years. The evergreen in these reports is her information about Elvis Presley.

The largest European Newspaper Bild Zeitung in Hamburg has just published a most interesting report by Tom Junkersdorf: the legendary rocker Elvis Presley turned out to be a bedroom disappointment, when he attempted to bed the1970s icon Peggy Lipton. He couldn't get aroused, she remembers.

The former MOD SQUAD beauty, who lists SIR PAUL McCARTNEY and KEITH MOON among her sexual conquests, was disappointed when her liaison with the King of Rock 'N' Roll turned into an anti-climax. Lipton, ex-wife of veteran musician QUINCY JONES, recalls, "He took me away on his plane and brought me up to Tahoe, I believe. We tried to go to bed right away..."

Young girls are better to dominate

Lipton further: "There was nothing to talk about with Elvis. He was either doing his karate thing or eating. There was really no dialogue there, so we went to bed right away and it just didn't happen for him. We tried a few more times, and nothing ever happened, so I just let it go."

The description of her own experiences proves the old rumours: Elvis Presley was bisexual, and could not do much with experienced women. Unfortunately, up to now no one described clearly and truly his or her sexual experience with Elvis. Only his wife Priscilla should know, how was the hetero-sex in the few years of being married to Elvis. It was in the US Army in Germany, when Elvis met Priscilla Beaulieu, his later wife. Priscilla was only 14 years old, when they where introduced.

The journalist Joe F. Bodenstein, who knew Elvis during his Army time in Europe, was surprised about this relation. He said to Elvis: "Priscilla is a child. Sexual contacts with a girl of her age are against law in Germany." Elvis replied: "Young girls are better to control and dominate." Presley confided to Bodenstein during his army life about his sexuality: "I am very lonesome in the night. With whom should I have sex in the barracks? With a soldier perhaps? In my situation, I cannot trust either a girl, or a guy. I always feel exposed to danger. In the end, they could talk about me, or blackmail me. 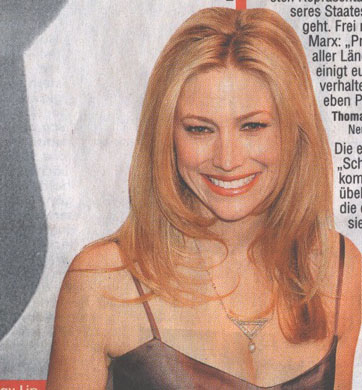 Peggy Lipton today: She is an attractive lady of 57 years. She was married, has two children and friends say: It is admirable, how Peggy managed her life in all situations.

Decades after her meetings with Presley, Peggy Lipton keeps Elvis in good memory. ."It wasn't the most important thing to say that I had really done something with Elvis. I kind of was interested in his heart and his soul. "He was very persistent in getting to know me, which I found interesting, so I saw him a number of times. But I did like him as a person. I thought he was kind of a beautiful person."

No doubt: many of Elvis fans can feel with Peggy. It is so, since the world fell in love with the handsome guy from Tupelo, Mississippi. In 2005 he would have celebrated his 70th birthday. The fascination in Elvis Presley and the interest in his sexual orientation will continue. Who would be shocked to hear some more of his secrets? Hollywood star Rock Hudson remained every woman's darling, even after his coming out.