The Painter James Leefe: A Celebration of Inspirations

A Brief Inquiry into Life in the Artwork of J.M. Leefe 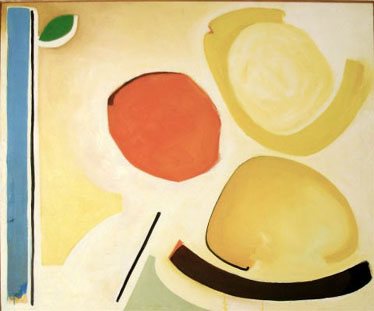 "Lemons and Oranges", by the San Fracisco architect James Leefe.

Sausalito/New York (meap) In one of James Leefe's journals was written a plan for a book, with a biography, timeline, and a title, "Celebrations". He felt his life and work were a celebration. Why? For what was he celebrating? Well, his artwork is that revelation.

James Morrison Leefe (1921-2004) was an artist by hobby and an architect by trade. He worked for his life and made his livelihood by working for various development firms throughout the country and on projects across the globe. Art was always an important part of his life, but he was never trained in the sense of a traditional conservatory, or of a formal education on painting and art history, rather his art style developed from the truest of inspirations, experience and the subsequent expression of things witnessed or felt. His paintings are emotional and inventive, making use of different media, and experimenting with pigmentation and form, though he did study form drawing formally at university in his early and later life.

He held a deep affection for the loves of his life: his family and his art. It is apparent at first glance that he used his art for communication between these two; from paintings and sketches of Miriam, his wife, in her garden, pictures drawn for her of ferns--her greatest appreciation--or images conveyed for a birthday or recovery. In one of his journals was written an ethic, from 1972, of his feelings on art and its place in his life. "To me," he wrote, "drawing is a language. Its sole purpose is to communicate. I do not concern myself with drawing as an art, nor with technique." This personal ethic is the most solid testament to his style and desire with regard to the works in collection. Through his art he knitted together and cultivated his life, family and curiosity for the world around him.

Jim Leefe has been described as an inaccessible man, whose more specific inspiration and raison d'être have consequently followed him to the grave. Miriam tried and tried to investigate these things in his life, to find his deepest or shallowest motivation and feelings especially nearing his death; not only did he keep much to himself, as described by Miriam, and even by his colleagues, but he was not part of an art community, through which many artists gain inspiration and learn and share craft and style. Rather he worked in scale and quality, in the abstract and personal, leaving only our wildest imaginations to his very whim and a shadow of his truth and everything embedded within this work. Miriam attested this quality of scale, as he loved working on large-scale projects architecturally. As well, he used a variety of shapes and sizes of canvases and wooden boards when working on art. She commented, at one point, on a connection between the size of his paintings and that scale of the work; that, proportionally and inversely, the smaller the size, the larger the scale.

He made family albums of sketchbooks, illustrated, dated and personalized; one for his daughter Molly, of his childhood and adolescence in Ridgewood, New Jersey, and of his family history, chronology and ancestry and innumerable other factors that spanned his entire life. It is the way that he connected with the world, in the secrecy of his works where he was able to open his heart fully and make observations of the world around him, without self-consciousness and without concern. That it was the primary means of conveyance of his life to his family, not through oral histories, but through ornately designed journal entries and florid, affectionate language to supplement, is indicative, perhaps, of why people saw him as being so perplexingly solemn. He was obviously not as silent as it would have seemed, though most of this speech was in his sketches, which attest his considerations in times of curiosity, in foreign lands, of strange objects, of people in the world, of the dwellings of his home.

Occupied with his life's occupation and primary work in architecture, much of his work was not completed until very near to the end of his life, after his retirement; his grandest paintings are dated to 2001 and 2002, about two or three years before his death. However, some paintings date much before then to studies of building designs in the 1970s, and other well-defined styles, which dated as early as 1967. These paintings all show similar qualities of the artist who used abstraction in a wholly personal way. Jim Leefe's desire to retain the places that he had experienced and those that he loved is a dominant theme through all of his lesser abstract works; lesser in the sense of more rectifiable and unified with realism, some sense of basis in physical. His Sausalito painting off the town and various aspects of the region, from the waters to the tunnels entering Marin County, though somewhat incongruous, are testaments to his region and the love of his inspiration, a neo-muse. 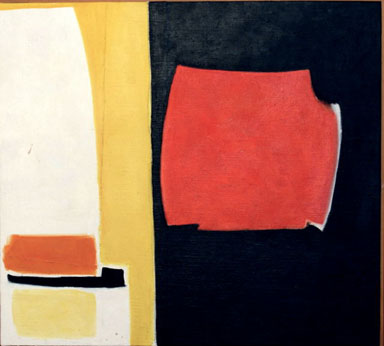 Jim Leefe's later abstract work is filled with emotion and the sublimity of a person reaching the end of his life, in pain and fear, also in a changing world, many of these later paintings thought to be inspired by the social events including the assassination of Robert F. Kennedy ("Watch out! He's got a gun!") and other more recent events, including, it is believed, the terrorist attacks on September 11, 2001 and the paranoia afterward. Though it remains enigmatic, again based on the limited information that we have on his life and art, which is minimal at best, he used much geometry in his larger works, with derision in his spectacular, almost Pollockian works of sprayed or flung ink and acrylic in passionate designs and anti-critical works, like much work of this nature. They are, however, all that we have of this legacy, and the emerging, devoted artistic inspiration therein.