'Journey through the Tibetan Diaspora' 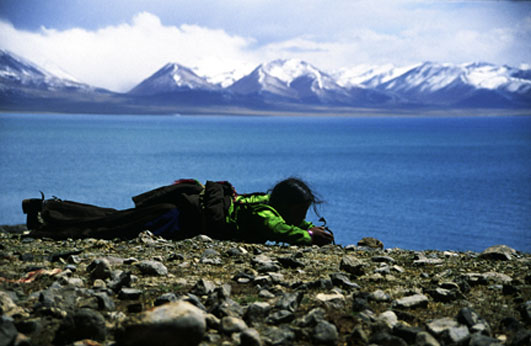 NAMTSO. The fascinating images of the Tibetan people and their in exile have been captured by the American photographer Douglas Herman. An extensive exhibition of his works will be shown at the Museum of European Art from September 10 to October 28, 2006.

There are moments in your life that change it forever. Unsuspecting things occur or spontaneous decisions are made that alter the scope and direction of your life in ways never thought imaginable. The day I chose to take a five day bus journey from Kathmandu through the Himalayas into Tibet is one of those moments. Some who know me might argue that I would have made it there no matter what life threw at me, but I doubt any of them would believe that three years later I am still yet to leave.

The two months I spent within Tibet opened my eyes to a paradoxical world of awe inspiring peace and unbelievable brutal oppression. As the surveillance cameras recorded my presence at the Jokhang in Lhasa during the Saga Dawa Festival celebrating the birth, life, enlightenment, teachings, and death of the Buddha, what it was really capturing was the evolution of my empathy.

It has been three years since I hitchhiked throughout the Tibetan Autonomous Region (TAR), and ever since I have been doing my part to increase awareness of the near fifty year oppression and strangulation of Tibetan culture. My film "Grieve", which is comprised of still imagery taken inside Tibet, and the Exiled communities of Nepal, Northern and Southern India, as well as America and Canada; serves as an introduction to the culture that continues to teeter on the edge of extinction. It also is a testament to those who work tirelessly for the support of the six million still suffering as a result of uncompromising Communist Chinese policies inside Tibet. All the images in the film are available for purchase on a print-to-order basis and help benefit the ITIM--International Tibet Independence Movement's campaign to free political prisoners, improve the quality of life within, and to one day see the Tibetan flag wave high over a FREE TIBET! 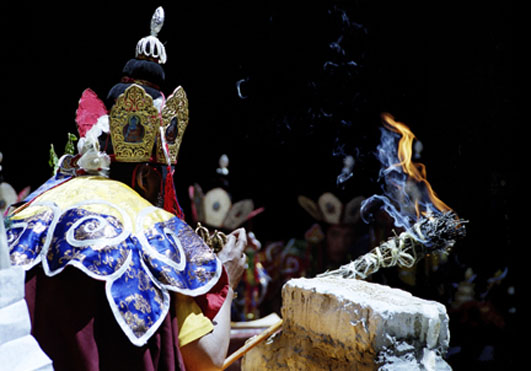 Of further note "Grieve" is a component of a much larger project aimed at developing a Tibetan History curriculum for the secondary level. If you have any questions or are interested in supporting this project with the Center for Creative Teaching at Bennington College, VT please contact me directly.