Iranian arts to go under hammer in London Sotheby's 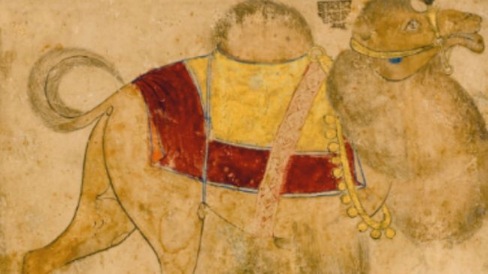 London/New York (mea) A collection of Iranian miniatures and calligraphy along with many other works of art is slated to go under the hammer at the Sotheby's auction house in London. Established in 1744 in London, Sotheby's is a multinational corporation which is considered as one of the world's largest auctioneers of fine and decorative art, jewelry, and collectibles.

The auction titled "Arts of the Islamic World" is slated to span a rare concertina-form album of Persian miniatures and calligraphy (Muraqqa') of 16th-19th century.

The Persian treasure has been preserved until now in a European private collection.

The event will also present numerous pieces of art from the wide expanses under Islamic patronage over the past thirteen centuries.

The pieces belong to lands far apart, from the art of the Indian Deccan manifested in an exceptional painting of Sultan Ibrahim Adil Khan II of Bijapour to a superb group of Iznik ceramics which represents the art of Ottoman, Turkey.