ABSTRACTION IN THE WORK OF ARNO BREKER 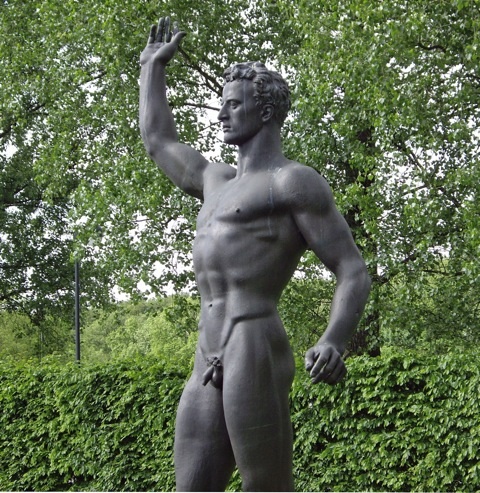 in admiration of his work.

For me, the realistic portrayal in the work of Arno Breker consists of an accumulation of abstract forms.

Each of his representative classical sculptures is divisible into parts which in themselves are proportionate and harmonious. Thus it would be possible to pick out individual sections of the arm of Herold arbitrarily, which could then serve as models for large forms as I develop them.

For the observer who can see, the concreteness of Breker's work ultimately reveals the multiplicity of abstraction. Viewed in this way, there is a connection between realism and abstraction. The two trends are compatible if both have their roots in the aesthetic.

Arno Breker has the indisputable capability to use his feeling for volume and form in an unsurpassable way in his portrayal of the human form. The interest and esteem which Breker shows for my work I can return in admiration for his work. Breker's glorification of men and of creation may have met with criticism in our time, but this criticism is no standard in the book of history.