Durga Puja: The biggest festival of the year in India 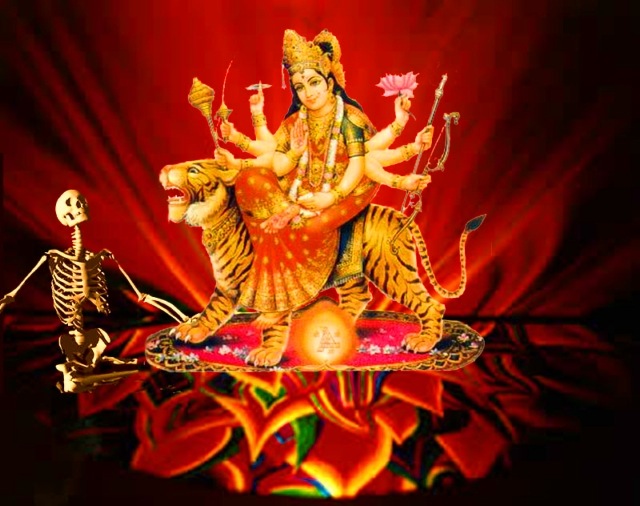 Durga puja is an annual Hindu festival in South Asia that celebrates worship of the Hindu goddess Durga. It refers to all the six days observed as Mahalaya, Shashthi, Maha Saptami, Maha Ashtami, Maha Navami and Bijoya Dashami. The dates of Durga Puja celebrations are set according to the traditional Hindu calendar and the fortnight corresponding to the festival is called Devi Paksha.

Durga Puja: The biggest festival of the year in India

Durga Puja is widely celebrated in the Indian states of West Bengal, Assam, Jharkhand, Orissa and Tripura where it is a five-day annual holiday. In West Bengal and Tripura which has majority of Bengali Hindus, it is the biggest festival of the year. Not only is it the biggest Hindu festival celebrated throughout the State, but it is also the most significant socio-cultural event in Bengali society. Apart from eastern India, Durga Puja is also celebrated in Delhi, Uttar Pradesh, Bihar, Maharashtra, Gujarat, Punjab, Kashmir, Karnataka and Kerala. Durga Puja is also celebrated as a major festival in Nepal and in Bangladesh where 10% population are Hindu. Nowadays, many diaspora Bengali cultural organizations arrange for Durgotsab in countries such as the United States, Canada, United Kingdom, Australia, Germany, France, The Netherlands, Singapore and Kuwait, among others. In 2006, a grand Durga Puja ceremony was held in the Great Court of the British Museum

The prominence of Durga Puja increased gradually during the British Raj in Bengal. After the Hindu reformists identified Durga with India, she became an icon for the Indian independence movement. In the first quarter of the 20th century, the tradition of Baroyari or Community Puja was popularised due to this. After independence, Durga Puja became one of the largest celebrated festivals in the whole world.

Durga Puja also includes the worship of Shiva, Lakshmi, Ganesha, Saraswati and Kartikeya. Modern traditions have come to include the display of decorated pandals and artistically depicted idols (murti) of Durga, exchange of Bijoya Greetings and publication of Puja Annuals.

The entire process of creation of the idols (murti) from the collection of clay to the ornamentation is a holy process, supervised by rites and other rituals. On the Hindu date of Akshaya Tritiya when the Ratha Yatra is held, clay for the idols is collected from the banks of a river, preferably the Ganges. After the required rites, the clay is transported from which the idols are fashioned. An important event is 'Chakkhu Daan', literally donation of the eyes. Starting with Devi Durga, the eyes of the idols are painted on Mahalaya or the first day of the Pujas. Before painting on the eyes, the artisans fast for a day and eat only vegetarian food.

Many Pujas in and around Kolkata buy their idols from Kumartuli (also Kumortuli), an artisans' town in north Calcutta. In 1610, the first Durga puja in Kolkata was supposedly celebrated by the Roychowdhuri family of Barisha. Though this was a private affair, community or 'Baroyari' Durga puja was started in Guptipara, in Hooghly by 12 young men when they were barred from participating in a family Durga puja in 1761.

They formed a committee which accepted subscriptions for organising the puja. Since then, community pujas in Bengal came to be known as 'Baroyari--'baro' meaning 12 and 'yar' meaning friends. In Kolkata, the first 'Baroyari' Durga Puja was organized in 1910 by the 'Sanatan Dharmotsahini Sabha' at Balaram Bosu Ghat Road, Bhawanipur. At the same time, similar Baroyari Pujas were held at Ramdhan Mitra Lane and Sikdar Bagan.

The Indian freedom struggle also had an influence on Durga puja in Kolkata. In 1926, Atindranath Bose initiated the first 'Sarbojanin' Durga puja in which anybody, irrespective of caste, creed and religion, could participate in the festivities. This was consciously done to instill a feeling of unity.

Commercialization of Hindu festivals like Durga Puja in the last quarter of 20th century have become a major environmental concern as devout Hindus want bigger and brighter idols . Environmentalists say the idols are often made from hazardous materials like cement, plastic, plaster of Paris, and toxic paints. Durga Puja is one of the most important events in the Bengali society's calendar. Many Bengali films, albums and books are released to coincide with the Puja. The West Bengal government gives a fortnight of holidays for the Pujas. This time is used in various ways. Many people travel in India or abroad. Gatherings of friends called "Aadda" in Bengali is common in many homes and restaurants. A lot of shopping is done, and retailers cash in on this opportunity with special offers.

Durga Puja is organised by communities comprising of Indians in the United States, Europe and Australia. Although pandals are not constructed, the idols are flown in from Kumartuli in Bengal. The desire by the diaspora peoples to keep in touch with their cultural ties has led to a boom in religious tourism, as well as learning from priests or purohits versed in the rites.