US Art and Propaganda in German Museum DHG Berlin

Works from USA, Germany, the Soviet Union and Italy on display 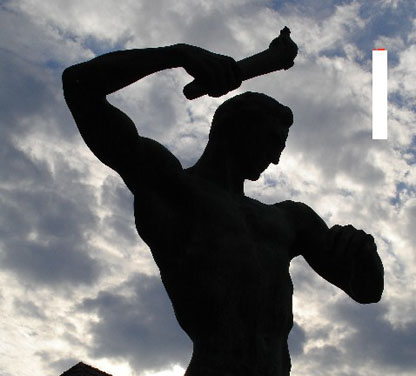 The Bronze PROMETHEUS by Arno Breker is shown in the Exhibition of the German Historical Museum in Berlin. The photograph of this masterpiece of art was taken in open air at the www.museum-arno-breker.org in Germany.

Berlin/New York (bpb) The German Historical Museum (Deutsches Historisches Museum, DHM) in Berlin presents a most fascinating exhibition: "Art and Propaganda: Clash of Nations 1930-1945". It shows how art is used in dictatorships and in democracy for the so-called "propaganda". Just what does "propaganda" mean?

It is the public relations for political ideology and for political systems. The nationalists, the fascists, the communists and the democrats used it in their own ways before and during the Second World War. The goal of propaganda was and still is: to influence the public opinion.

The curators of this international exhibition in the German capital, Dr. Hans-Jörg Czech and Dr. Nikola Doll, said: " Running from January 26 to April 29, 2007 and featuring over 400 works, the exhibition is devoted to examining art that had served as propaganda for war and the state in the first half of the 20th century. Alongside artefacts from Germany, Italy, and the Soviet Union, the exhibition introduces the public to objects never before seen outside the United States".

Merits go to US institutions and museums. They were the first one to get the idea for this unique project, and lent important works from their collections. The Germans cooperated very well with The Wolfsonian-Florida International University, Miami Beach, Florida and The Mitchel Wolfson, Jr. Collection. Other works came from the Metropolitan Museum in New York, The Arthur Szy Society, Bulingame (California) and the Oakland Museum. Supporters from Washington, D.C. are: German War Art Collection of the USA Army Centre of Military History, The Army Art Collection, the Library of Congress, the National Archives, the National Gallery of Art, the National Museum of the US Army and the National Portrait Gallery at the Smithsonian Institution. 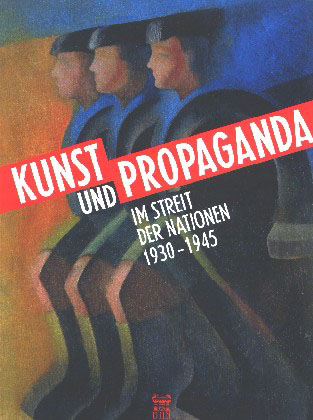 The exhibition catalogue was edited by Dr. Hans-Joerg Czech and Nikola Doll. The front cover shows the painting 'Three Soldiers", from 1937 by Verossi. It belongs to the Wolfsonian Collection in Venice, Italy.

Most of the Russian support came from Moscow: the National Library, the Tretjakov Gallery, the Russian Historical Museum, the Technowid Company and the Russian Central Army Museum. Other contributions came from the Russian Museum at St. Petersburg and from countries such as England, France, Italy, Austria, Switzerland, and Ukraine. Many fascinating objects are on display, and most of them have never been exhibited before in Europe.

Cathy Leff from the Wolfsonian-Florida International University writes in the catalogue for the exhibition: "The Wolfsonian is proud to collaborate with the German Historical Museum on the ground-breaking exhibition 'Art and Propaganda'. The Exhibition offers a critical survey of the political iconography of four countries during the crisis-ridden decades from 1930 to 1950. By bringing together state-sponsored art and propaganda commissioned under the New Deal in America, the Italian Fascists, the National Socialists in Germany, and the Communist regime in the Soviet Union, it enables us to compare and evaluate the self-representations advanced by these different kinds of governments".

This Exhibition should be shown in many countries 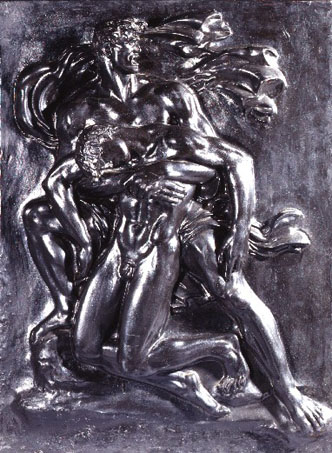 The Relief "Die Kameraden" by Arno Breker is an impressive art work. It found great attention from the visitors of the exhibition. The composition reminds of a pieta. In this case it symbolises: the stronger one helps the weaker. On the relief we can see the elder soldier caring for his wounded young comrade. This scene is of current interest, if we think about the present Iraq war, where many US soldiers are in danger every day.

The exhibition should be shown in many other countries. The catalogue from the Berlin show has 536 full pages and countless photographs ( www.dhm.de ). The information collected in this book is important for further studies, even thou the catalogue contains many mistakes and defamations against those artists who worked in Germany and Italy during the Hitler time. Missing from the museum's exhibition are former dictatorships like Spain, Portugal, Yugoslavia and other east European countries. In the future, the director of the German Historical Museum, Prof. Dr. Hans Ottomeyer, should pay more attention to insure the objectivity of his team, and also honor the international copyright rules. A democratic society must adhere to the democratic rules and the laws of civilized nations. That means: artists of the NS times and of the Communist Soviet Union must be allowed to participate, as this are also their human and civil rights.

One of the most attractive art works on display in the Berlin exhibition is the bronze "Prometheus" by Arno Breker (1900-1991). Also the relief DIE KAMERADEN from the DHM museum's collection was a part of this exhibition. More works of art by this world-renowned sculptor of the Classical tradition in the 20th century can be seen at the Breker-Museum in Germany ( www.museum-arno-breker.org ) In addition to the exhibition, a museum catalogue with more than 500 photographs of the works of Arno Breker can be ordered at museum@europaeische-kultur-stiftung.org (in Europe), and at zavrel@meaus.com (in USA). (2.4.2007)