The National Art Center in Tokyo 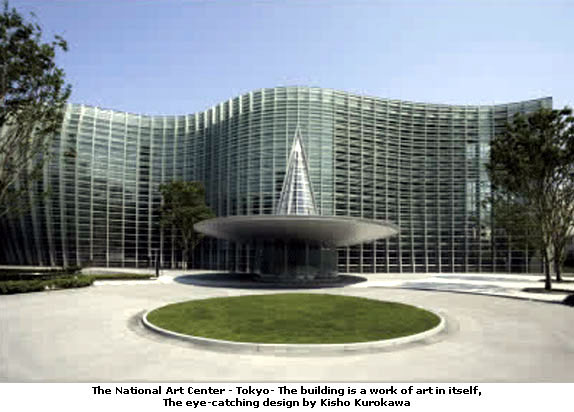 Tokyo/New York (mea) On Sunday, January 21, 2007 the newest and at the same time the largest art museum in Japan opened its doors to the public: The National Art Center in Tokyo. The museum, designed by the architect Kisho Kurokawa, is a futuristic complex with no permanent collection. Kurokawa believes that it reflects a new way of thinking in the 21st century.

The National Art Center in Tokyo is located in the heart of the crowded metropolis. It combines traditional Japanese elements with a glittering high-tech facade made entirely of glass. The museum's main peculiarity is that it will collect no collection of its own, making it the world's largest art center living on temporary exhibitions. The exhibitions will range from acclaimed foreign work to artworks by lesser-known emerging artists. 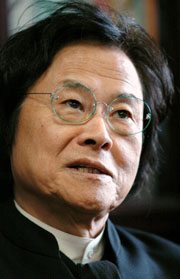 The architect Kisho Kurokawa believes that the concept of the National Art Center in Tokyo reflects a new way of thinking in the 21st century.

"We will be able to bring any collections from Japan or abroad that we want at any time--that unpredictable quality, coupled with our mission to attract young, new artists of quality, is the museum's main originality," said Kurokawa. "This would be impossible with the Louvre museum, but is possible with the National Art Center. I think this is the 21st century way of thinking," he added.

While saving on what would be an great expense of acquiring a permanent collection for the museum, Kurokawa also hopes that the National Art Center in Tokyo can eventually make do without physically bringing fragile artwork into Japan. The 72-year-old architect's idea is that the museum can use cutting-edge technology to display photographs of artwork on walls equipped with flat-screen panels. "If we try looking at the real Mona Lisa, it's really hard to see clearly. Now Japan excels in film technology, so with digital technology and the Internet, people will be able to see artwork more clearly than if they were in the actual museum," he said.

With 14,000 square meters of exhibition space, the state-backed center, built at a cost of $290 million, will be part of a triangle in the glitzy Roppongi area, along with the Mori Art Museum and the renovated Suntory Museum. It is located across town from Tokyo's main art hub of Ueno, which already has some of the world's most visited museums.