The Iranian mystic and poet Rumi: Born 800 years ago 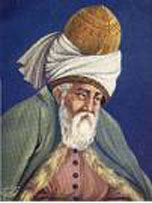 Tehran/New York (meaus) Born in 1207, the Persian mystic and poet Molana Rumi has attained world-wide popularity among lovers of poetry and mysticism. His poems have inspired and nourished poets, spiritual seekers and poetry lovers for centuries.

To mark the 800th anniversary of his birth in 2007, UNESCO (United Nations Educational, Scientific and Cultural Organization) has designated the year 2007 'World Molana Rumi Year'.

The very first seminar--'FIRE AND INCENSE'--to commemorate the great mystic was held at the Tehran University on January 5, 2007. Several papers were presented by Iranian literary experts, among them Ali Sheikholeslami, Gholamreza Avani, Farideh Motakef, Seyyed Mahmoud Anvar and Asghar Dadbeh.

Descended from divine court to the earthly life

"The concept of perfect man has attained a higher status in Islamic mysticism. The enlightened believe that mankind is a passenger who has descended from divine court to the earthly life", pointed out Ali Sheikholeslami in his article 'Perfect Man in Masnavi (a masterpiece by Molana Rumi).

In his article, Sheikholeslami dealt with the difference between the views of Rumi and those professed by other mystics. "According to Molana Rumi, mankind is the spirit of the world and meaning of the term universe and all the creatures including the angels take their credit from the presence of human being on the earth," he said. 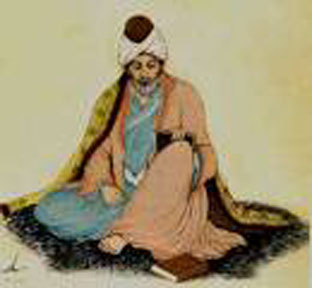 Love is greater than a thousand doomsdays

"According to Molana, love is greater than a thousand doomsdays, since there is a limit to doomsday but love is boundless", commented Farideh Motakef on the manifestations of love in Molana Rumi's poetry.

According to another seminar lecturer, Gholamreza Avani, "Molana Rumi is a great personality. There lies a worldly view behind all the couplets of Masnavi. The man who can view the world from a divine perspective has attained the reality of science and mysticism", he noted. 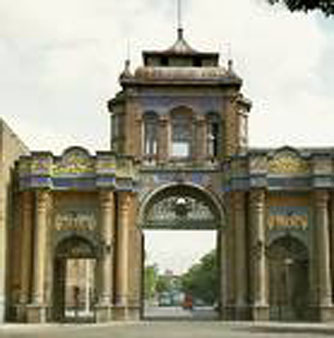