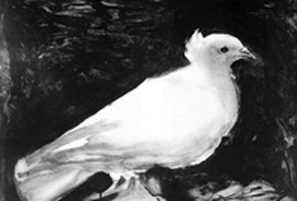 The exhibition 'Picasso: Peace and Freedom' will be held in Liverpool, England from May 21 to August 30, 2010.

Liverpool/New York (mea) The Tate Liverpool Gallery is scheduled to hold an exhibition of post-Second World War works by the renowned contemporary Spanish painter Pablo Picasso. The exhibition 'Picasso: Peace and Freedom' will present over 150 paintings, drawings and a wide range of contextual materials and ephemera collected from around the globe.

The first exhibition of Picasso's post-war period explores the artist's works as a political and peace activist from 1944 to 1973, Artdaily reported.

The exhibition 'Picasso: Peace and Freedom' will be held from May 21 to August 30, 2010 and then will move to Vienna's Albertina Museum.

Apart from being a ground breaking painter, Pablo Picasso was also a great draughtsman, and sculptor, best known for co-founding the Cubist movement, and for the wide variety of styles embodied in his work.

After joining the Communist party in 1944, Picasso implemented more political ideas in his works, and his paintings mostly referred to and commented on historical moments, war and peace.